This is own project of our leader Eugene Zhukov
He earned his first experience in crowdfunding by bringing this game onto Kickstarter, having failed and successful campaigns there, and experimenting in work with press, gamers’ community, crowdfunding strategies and advertising techniques.

OUR ROLE IN THIS KICKSTARTER:

There were 3 Kickstarter campaigns related to this project.


First campaign was unsuccessful, but it let us get up to 3000 backers, the most of which agreed to support project even despite the fail, pledging directly (via PayPal): 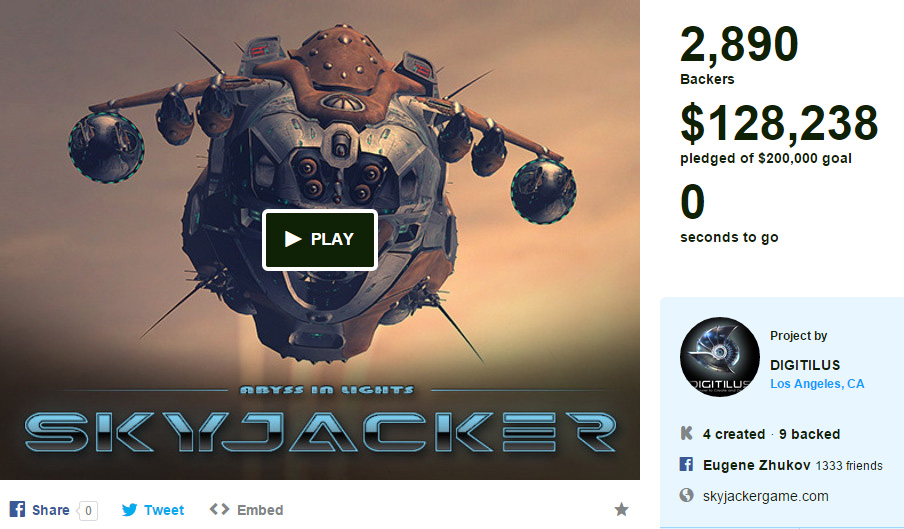 After getting the first experience of kickstarter, Eugene decided to change the strategy. The common big project was divided on smaller stages, having in mind to launch series of campaigns with lower goal, which results could be possible to use in the further stages. It was a right decision. Second campaign was successful. The result of the campaign was “Starship Constructor” – an interactive constructor and viewer of all the starships from the game: 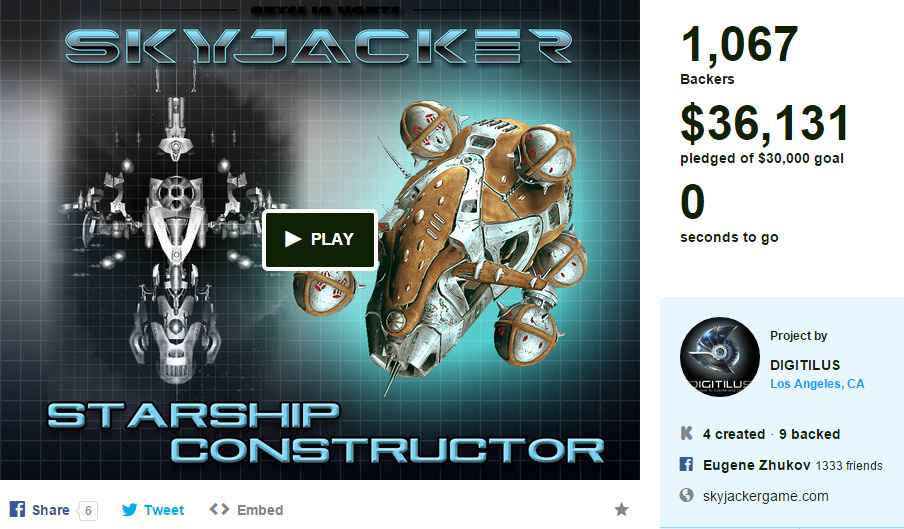 Third attempt had a quite ambitious concept, but it’s financial goal was too high. The campaign didn’t reach its financial goal, but Eugene and the team employed this kickstarter to promote their Steam Greenlight campaign, which was successful: 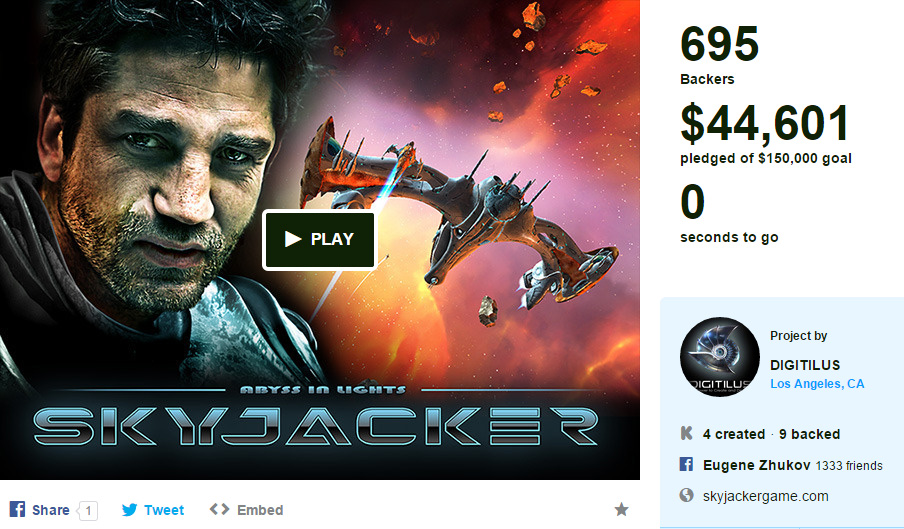 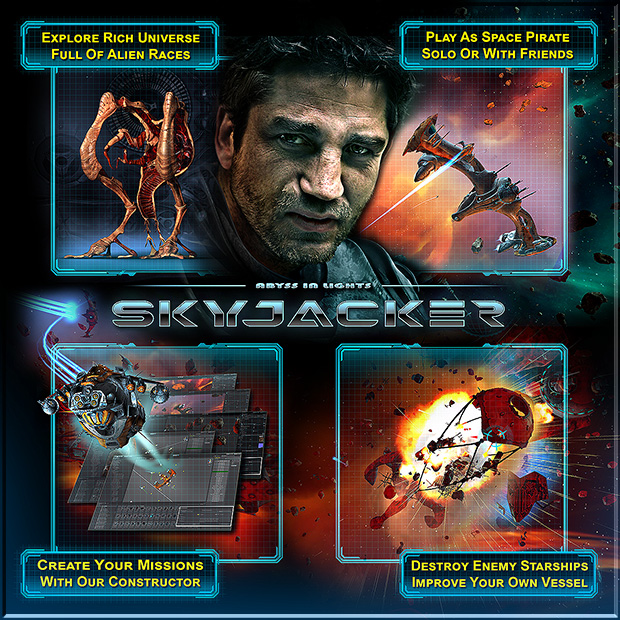 Skyjacker is based on the “Abyss Lights” book series written by our project lead, Eugene Zhukov. The player is the lone human in a galaxy of conflict – abducted by aliens, raised by pirates, wanted by privateers and mercenaries alike. You start on the bottom of the Pirate Stock Market and work your way up to the top, not by deliveries and fetch-quests, but through brutal missions like assassinations, sabotage, kidnapping, robberies, infiltration and extractions.

Players can go through scenario based missions, playing as a single player with AI partners, or with other players in co-op mode. 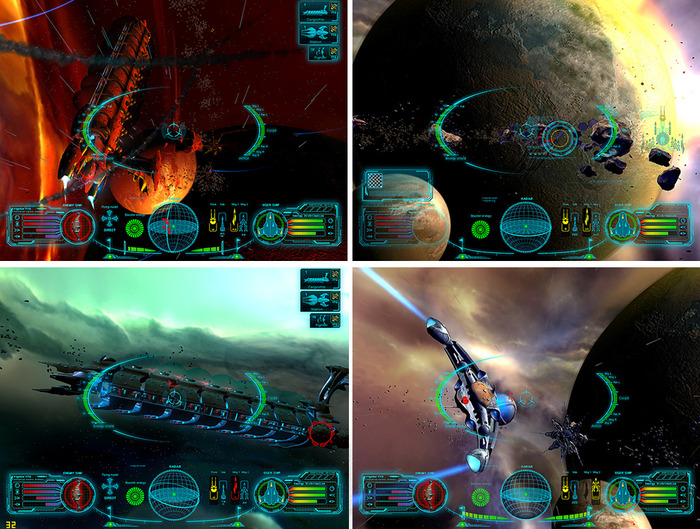 Want to cut your teeth in creating your own missions? Have a need to express your creativity? We got you covered with the Mission Constructor toolset. The Mission Constructor consists of art assets and design framework that will allow you to create remarkable missions. It includes everything YOU need to implement YOUR mission without writing a single line of code 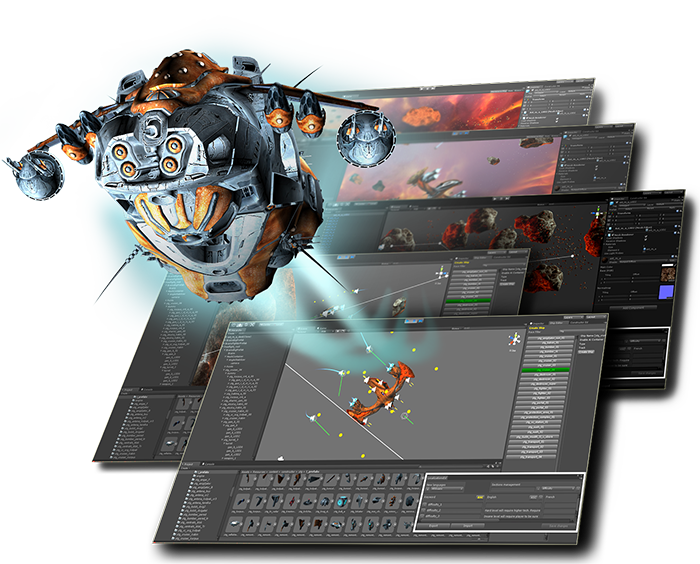